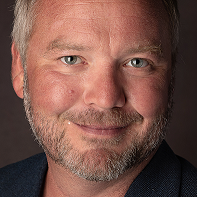 Matt Richardson is the Director of Intelligence and Investigations with the Human Trafficking Intelligence Initiative (ATII)    and returns to the podcast to explain his work and look deeper into the impact of this worldwide activity.

Oxford dictionary definition of human traffiking ——-the unlawful act of transporting or coercing people in order to benefit from their work or service, typically in the form of forced labour or sexual exploitation.

Matt is an international speaker and expert on OSINT and Darkweb Intelligence with extensive experience in leading and coordinating complex investigations on sex trafficking and CSAM offenders. Matt co-authored a study titled “Expert Analysis of Open Source Material Relating To Child Sexual Abuse Material And Sex Trafficking Occurring On OnlyFans.com” with the University of New Haven’s Center for Forensic Investigations of Trafficking in Persons (CFITP). Matt is a member of the Rogers Communications Cybersecurity Catalyst team where he collaborates with industry experts to generate products and education on a variety of cybersecurity topics related to online crimes. He is often sought out as a subject matter expert by the media with TV, Film, Radio, and print coverage in Canada and is a main contributor and on camera character for “Dark Highway”, a Human Trafficking documentary that is being televised in Canada and the U.S. He works in partnership with Timea’s Cause to educate and prevent sex trafficking and was a featured speaker of the 1st Canadian National Summit on Child Sexual Exploitation. Matt is passionate in his role with the Anti Human Traffiking Initiative where as part of a team of experts he uses his skills on a daily basis to help make children, families, and communities safer places.