Dr David Colvin and Bill McKitterick both have been lost to us this year. 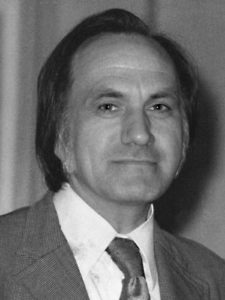 David was my friend and mentor. He helped me through many difficult situations with a deep rooted wisdom and a compassionate outlook on life. He was a major figure throughout the Scottish social and care system and was appointed chief social work adviser for Scotland in 1991. He was instrumental in the implementation of the Social Work (Scotland) Act 1968 and was in the forefront of modernising the profession, becoming senior adviser of the Social Work Services Group and from 1993 the head of the British Association of Social Workers of Scotland.

He worked as a probation officer in Glasgow from 1955 to 1960 and then held posts as a psychiatric social worker and with the Prison Service before joining a Family Service Unit in 1965.

His work extended throughout Scotland – notably in such high-profile projects as the Snowdrop Campaign on the ownership of handguns after the Dunblane shooting. He also brought his experience and understanding of community life to organisations such as NCH Action for Children and the Scottish Disability Foundation. He was also a pioneering chairman of SACRO, the community justice organisation, from 1997-2002, St Columba’s Hospice, from 1998 to 2003, and the Church of Scotland’s Crossroads scheme which helps the disabled at the Eric Liddell Centre in Edinburgh.

Dr Colvin was also influential in developing and establishing the Social Work Research Centre at the University of Stirling which reformed the quality of research throughout the profession. Appropriately, in 1998, he was awarded an honorary doctorate at the university.

From his youth Dr Colvin showed a keen interest in the arts and throughout his life had a considerable influence on many aspects of the arts in Scotland. In 1991, when he was awarded the CBE for his work in the social services the citation also mentioned his contribution to the arts. Dr Colvin was chairman of the Exhibiting Societies of Scottish Artists who exhibit the work of young artists from the principal art colleges and those of more established Scottish painters.

I knew David for over 25 years. He worked closely with six Secretary of States and brought much incisive and clear thinking to the services in Scotland. What David said was important and incorporated the very best of new thinking.  He was a great help to me when I started the social policy charity Action On Child Exploitation and, together, we lobbied government and institutions to change the law and combat sex tourism.

Uniquely, his daughter Iona Colvin has not only followed her father into social work but risen to a similar position to the one her father occupied as Chief Social Work Advisor to the Scottish Government. I’m delighted to say that she agreed to record an interview for this podcast. 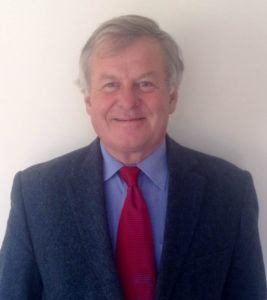 Another friend,Bill McKitterick,was also lost to us this year and his contribution to social work was significant and lasting as well. A man of great compassion and humanity, he never forgot his identity as a social worker. Strongly against privatisation and the erosion of professionalism, he wrote and spoke passionately in favour of his profession and the importance of continuing development and educational advances in social work. He was a committed member of the British Association of Social Workers, acting in various roles and as their Treasurer for many years. Bill was Director of Social Services for Bristol for ten years and , in my view, was responsible for giving the media one of the most significant opportunities to show the work of frontline practitioners. He allowed the BBC to make three one hour programmes following a team of social workers involved in child protection and the result was sensitive and well received.

Bill died far too early and his loss left a void . He will be remembered with affection and his writing will, I hope, continue to inspire future social workers.