Following the general election I thought it interesting to hear about what’s happening in these two countries. 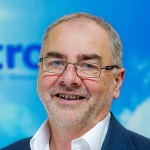 The Scottish Government’s Chief Social Work Adviser. Previously Director of Social Work, Dundee City Council for the previous 11 years and Past President of the Association of Directors of Social Work.

In general, his role is to advise the Government on social work issues as they arise. To help him do this, he has a staff of nine civil servants and meets on a regular basis with Scottish Government Ministers.

Before training as a social worker at the University of Ulster in 1987 Sean Holland worked as a residential worker for homeless charities in Nottingham and Belfast. After qualifying Sean worked in family and child care, disability services and training.

Sean has an LLM in Medical Law, has worked with government departments on the development of social services in Bulgaria, Croatia, Azerbaijan and Jordan and is a member of the Advisory Committee for the Child Protection Centre at the University of Edinburgh.

Also in this programme I’ve included a Speakpipe request and would welcome more of them to hear your thoughts and ideas.

As always my thanks to Alba Digital Media for technical support in making this podcast possible.