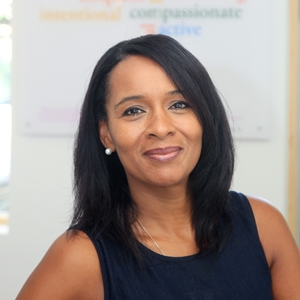 Safeguarding in education has always been a high priority as young peoplle sometimes spend more waking hours at school than at home. School staff of all disciplines, are part of the ‘front line’ when it comes to safeguarding.

Ann Marie is an Independent social worker. She qualified in 1996 as a social worker and worked in a generic children & families neighbourhood team. She took part in a pilot project in 1999 based in a school as a social worker for four years.  Ann Marie completed her ‘practice teaching’ qualification and went on to manage a team of school based social workers for a local authority. This role evolved and included being the ‘safeguarding advisor’ for schools and providing child protection training and consultancy to colleagues in education. She set up half termly ‘safeguarding network meetings’ for schools and invited colleagues from children social care, health and the voluntary sector. In this role she was the bridge between children social care and education colleagues. This role expanded and Ann Marie supported schools with the ‘Common Assessment Framework’ in 2004 and delivered the training and support. She worked as a LSCB trainer and sub member and supported children & families social workers in working with schools and was the LADO (local authority designated officer) in the education department and supported the Local Authority Head of education and schools with allegations against staff. She took part in strategy meetings focusing on the safeguarding of the child.

In 2010 she became independent and continued social work locum roles in early years, education and youth justice over five years.

Ann Marie was invited to write a chapter in a book ‘Becoming a social worker’, Vivienne. E Cree, 2003, Routledge and wrote about her school based social worker role. She continues to write and contributes regular articles to various journals. Ann Marie is  passionate about safeguarding and promoting the well being of children and speaks regularly at International and National conferences.

Thanks as always to www.albadigitalmedia.com  for technical support.