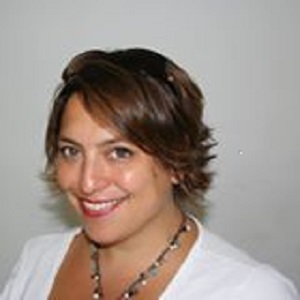 Sonya Chowdhury took over as Chief Executive of Action for M.E., the UK’s leading charity for people affected by Myalgic Encephalomyelitis (M.E.), in September 2012.

Following Sonya’s appointment, Action for M.E. carried out a full root and branch review of its activities, and which led to the publication of a bold and ambitious agenda for change. This led to increased transparency and clarity for the charity which has contributed to a shift to increased collaboration and effectiveness of its work. Sonya is now working with key stakeholders and the Action for M.E. team to develop the new 2016 – 19 strategy.

Prior to joining Action for M.E., Sonya, worked in senior management roles for leading children’s charity Barnardo’s where she was Head of Business Support for two days a week and National Lead for the Family Strategic Partnership for the remaining three. Sonya co-pioneered the ‘Innovating Futures’ programme which used a newly-created business generation model to help advance the practice of voluntary sector leaders.

Sonya has held a number of senior management positions within the voluntary sector after starting her career within statutory social work following her graduation from Bath University with a BSC Joint Honours in Sociology and Social Work and a Social Work Diploma. She has extensive Board experience and has Chaired a number of Boards of Directors/Trustees and was a governor of a local secondary school for a number of years. Sonya has also worked as an Independent Consultant and Trainer undertaking a wide range of contracts with local authorities, police, health and voluntary sector organisations.

Imagine your world shrinking to a point so that all you see, day after day, is your bedroom, darkened because any light burns holes in your head. Any attempt to move is thwarted because it feels like an elephant is sat on you. Regardless of how much you rest or sleep, you are still exhausted and have no energy whatsoever. Friends have stopped calling and family struggle to really understand what’s wrong with you.

M.E. is a neurological, long-term, fluctuating condition which affects 250,000 people in the UK; around 17 million worldwide. About 25% of people are so severely affected that they are house or bed-bound for many years, even decades; their experience not being dissimilar to that I outlined above. M.E. is the biggest cause of long-term school absence and one in 100 young people have it. Suicide is six times higher among people with M.E. than in the general population.

The causes of M.E. are still being investigated. Emerging evidence indicates that there are likely to be a number of factors involved and that there may be a number of different types or sub-groups of the illness. There is evidence that certain infections can trigger the illness. Many are viruses but M.E. may be triggered in other ways.

I joined Action for M.E. just over four years ago having worked in statutory social work (children and families) and specialist drugs work before moving to the voluntary sector where I have had a number of senior leadership roles. Nothing prepared me for the tragic stories and experiences that I see on an almost daily basis, stories of people who are so severely affected by M.E. and yet so severely neglected.

I often describe M.E. as an illness of mystery and myth. There’s a lot we still have to learn about the illness and, despite increased profile of M.E. in the press and media, people still hold misconceptions about it: “It’s all in your head”; “It’s not a real illness”; “Do some exercise and you’ll get better” and “We all get tired” are just a few examples of things I hear from the uninformed. M.E. is often called Chronic Fatigue Syndrome or CFS by the NHS, a name which does nothing to help tackle the myths about what M.E. is and isn’t.

Alongside dealing with ignorance and a lack of understanding, many people with M.E. are forced to give up work because they are too ill, or because there is not the support and adjustments to enable them to remain in work. With less than one in ten people with M.E. in work, the estimated £6.4bn cost to the economy in 2006 is probably under-estimated. People with M.E. also struggle with accessing support and care. Our recent consultation with 850 people found that, despite 97% of respondents potentially being eligible for social care support under the Care Act, only 16% had had an assessment and of these, only 6% had received any form of support.

Some people with M.E. do make a full or part recovery and not everyone is so severely affected. But M.E. affects us all in one way or another, either directly or indirectly through the cost and burden it places on society.