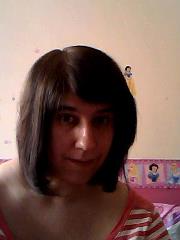 Professional Officer for the British Association of Social Workers, Nushra, gives an excellent interview/discussion. We talk about social work reforms, the representation of social work and the troubles which Nushra and others in the profession face – and she offers support and advice.

Initially she explains information shared at a social work summit, this was centered around revealing the new processes of children’s services and what the future holds.

There are £30 million worth of funds available over the next two years, the main focus of funds are for improving children’s social work and trying to support children and young people on the edge of care. She discusses the wide opportunities for bidders to compete for funding.

Applying for funds: those that want to follow the innovation programme need to look at the DFE website as there was a lot of support and encouragement for people to do so. Nushra explains in much more detail the process, the support and future events you can go to if interested.

Nushra feels frustration towards the social work reform and speaks in relation to Baby P and the Munroe case, questioning if this is the time. Once again, we discuss the demand for services in relation to the human capacity to cope with such measures. It’s such a fraught situation and seen as such an impossible task – therefore morale is low and so the sheer demands cause jobs to become harder and harder, here Nushra calls for intervention from the government. With more public support we can push forward the actions of the government.

Nushra currently works for the British Association of Social Workers as Professional Officer in England.   One of her key responsibilities is leading on children and families social work.  Nushra regularly acts as BASW’s spokesperson on child protection issues and has appeared on BBC Breakfast TV, This Morning, Channel 4 News, BBC News, Sky News, Dispatches, the Tonight programme, Radio 4 and a variety of national, international and local media.  Nushra initially qualified as a teacher of modern languages before switching to a career in social work, specialising in working with children and families – working in both the statutory and voluntary sector.  Nushra has an Ma in Childcare Law and Practice and has also completed the Advanced Award in Social Work.

Secondly, a BBC interview discussing a teacher who has been prosecuted for grooming pupils on Facebook and encouraging them to send him indecent images of themselves. With all the news coverege surrounding Theresa May, this is anther angle at highlighting the important work which needs doing to help protect the children in our society.